Joan Didion’s Year of Magical Thinking affected me so deeply that the words to express it seem insufficient. I will do my best to explain. Didion writes, “grief turns out to be a place none of us know until we reach it”. She continues by saying that we anticipate death and we expect that when it comes, we will be melancholic. We however fail to see past the few days following a death. We think only of the loss in the moment it occurs and the ritualistic events that follow like the gathering of guests at the home, and the funeral. Didion suggests the mourning and grieving process after the demise of a loved one does not follow the ideals we have bought into. You do not necessarily mourn their death, then grieve for a month or so as you gradually heal. We are incapable of imagining or understanding wholly, “the unending absence that follows”, “the void” when we lose those dearest to us.

My grandmother was in and out of hospital leading up to her eventual passing at the end of January 2018. In the earlier days of her illness after discharge from hospital, she returned to her home in Kericho, Kenya. She called me a day or two later. It was just before midday. I was staring at the computer screen at the office when my cellphone light started to flash, signaling an incoming call. Batiem the screen read. I hate to admit this: I took a second or two debating whether to answer it then or to return her call later. I answered it. At the end of the call my Batiem said, “Don’t be so quiet Chelang’at. I love you.” I remember musing at her modernity in expressing her love for me. Kenyans do not openly express affection. We demonstrate our love through actions like preparing a steaming flask of strong milk tea or hugging. That was the first time I heard my grandmother use those words. It was also the last conversation I had with her. Months after the funeral when I returned to Winnipeg I reflected on that conversation. “Did she know what was to come? Is that why she said it? Was she making certain that I knew that she loved me?”

Didion returns to a similar question many times in her memoir. She writes about a time John asked her to jot something down for him to use later in a book he was writing. When she handed the note to him, he told her she could use it in her writing if she wanted. Didion finds herself wondering if perhaps he knew he was going to die. “Did he know he would not write the book?”, “Was something telling him that night that the time for being able to write was running out?”. On one of their many trips from visiting their daughter Quintana at the hospital, John said to Didion, “I don’t think I’m up for this”. She responded to him saying he did not have a choice in the matter. That was the week he died. “I have wondered since if he did” she says. The most striking example of this question of whether the dead know before it happens, occurred (as Didion says) either three hours or twenty-seven hours before John died. John expressed his regret for having wasted time in New York and his dissatisfaction with a lot of his work. Didion writes that, “he believed he was dying. He told me so, repeatedly. I dismissed this”.

The documentary The Center Will Not Hold (available on Netflix) directed by Griffin Dunne profiles many scenes of Joan Didion’s family life intersecting with her writing life. It is a revealing documentary because both Dunne and friends of Didion echo some of the experiences she shares in her memoir. It brought Didion’s question of John’s knowledge of his upcoming death to life. Dunne shared a story where Didion was staring at John’s clothes in the closet. He assumed they had the same thought, to get rid of John’s clothes. When he said this to her, Didion asked him “but what if he comes back? A question to which Dunne confesses, “at that moment, it didn’t seem farfetched at all. In fact, it seemed plausible”. I listened to Dunne’s confession and recognized his voice was still raw with emotion. I thought back to my Batiem’s funeral when the men with their big shovels began pouring heaps of dirt into the grave. I had panicked as I watched the men working, “but what if she wants to come home?”.

Didion’s memoir depicts mourning and grieving in the most pragmatic manner. She makes it clear that grieving is not a forward progression to healing but rather a jumbled mashup of good and bad days and random triggers. Her memoir affected me deeply because I could relate so well to her grief. A day or two after we learned of my grandmother’s passing a lady from our church visited. My mother was in her room when this visitor arrived, so my friend and I sat with her in the living room. After a few minutes of small talk, she said to me laughing, “you aren’t crying, you’re taking it so well”. I stumbled for words then turned to my friend who immediately changed the topic. I have never been one to cry in front of people so I did everything I could to hold back the tears. I did not listen to the rest of that conversation; my mind was racing. “It’s okay” the social worker said about Didion to the doctor, “she’s a pretty cool customer”. Didion later pondered to herself, “I wondered what an uncool customer would be allowed to do. Break down? Require sedation? Scream?”. I asked myself similar questions after that visit.

Didion is careful to preserve the memory of those she lost while at the same time sharing fairly intimate details about their lives. She does not neglect her ethical responsibility to John. The memoir was particularly enjoyable to me because she gives room to the reader to imagine the emotion. Didion does not tell us how she feels but rather demonstrates it. The truth of the matter is one does not understand grief until you are in it. As Didion said, “time is the school in which we learn”. Only experience gives you the opportunity to find the mourning or grieving that works for you. There is no one way, there is no right amount of time and there certainly is no self-help book that will teach you to do it well. The Year of Magical Thinking is a memoir that says it is okay to be where you are and to feel as you feel.

We’ve partnered with Libro.fm to make it possible for you to buy audiobooks directly through our online bookstore, Tusome Books. Browse the catalog of over 125,000 audiobooks, including New York Times bestsellers, and discover hidden gems curated by our expert booksellers. 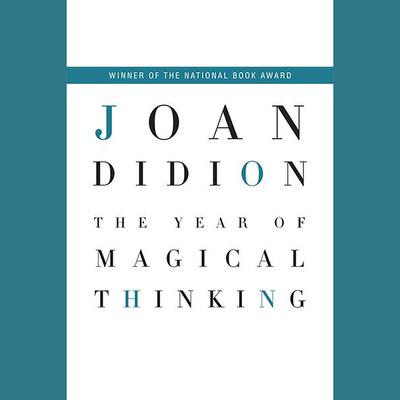 I am a storyteller, a writer. I post new articles every other Tuesday. Life is full of wonder. Life is beautiful. I love the uncertainty that comes with it. The ups and downs of living -its high points and low moments, the good times and the bad. I love it all. But what I love even more, is writing about it! I enjoy mentoring girls and young women. Nothing gives me more pleasure than seeing women rocking in whatever they pursue. My writing however, is in most cases unisex. There is a little something for everyone on all matters lifestyle. My most passionate topic areas include fulfilling my life goals (fighting procrastination), my relationship with money,  and self love (because no one else will know how you expect to be treated if you don't treat yourself right). And then there's travel, food, fashion and books. I have a Bachelor of Business Administration Degree (BBA). I also possess extensive experience  and education in communication studies. Welcome to my world. Comment, share and have some fun while you're at it. Are you looking for a creative writer? Or would you like to collaborate? Drop me an email at: memoirsofakenyan@hotmail.com View all posts by Valerie

4 thoughts on “A Place of No Return”